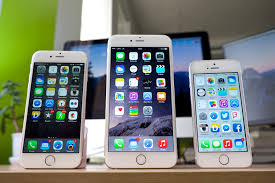 Tech juggernaut Apple is known for its revolutionary high-end iPhone devices that have expanded the smartphone market with its rich features and eccentric functionality. Since the launch of its first iPhone in 2007, the company has never looked back and now, here it is a renowned manufacturer of premium iPhone devices for which individuals appear to be prepared to sell one of their kidneys.

However, many products have been discontinued, some are available, and some are in hot trends. So, you are free to buy an Apple mobile that attracts you the most and can fit within your budget as well. Let’s take a ride on the evolution of Apple’s mobiles and learn how Apple has changed since then.

First iPhone: It was officially announced on January 9, 2007

The first iPhone was ornamented by the world in January 2007 by CEO Steve Job. However, it reached the market in June 2007 with its two storage variants – 4GB and 8GB which were very expensive. The device won over the 3.5-inch multi-touch screen with a 2 mega pixel camera. Although the camera is quite good at the time, it was not praised by users due to its very poor quality.

Exactly a year later, the company brought the iPhone 3G, which was able to provide 3G data connectivity with many new features at a cheaper price than the predecessor. The tech giant had integrated GPS into the smartphone and also introduced it in 8 GB and the new 16 GB variant.Another year and another model with faster performance than the predecessor- the iPhone 3GS. A fast iPhone 3.0 OS powered smartphone was launched in 8GB, 16GB and 32GB variants. This handset was praised by its users and viewers for its quality built and impressive features.

June 2010 gave the world a chance to appreciate the huge growth in the technology era through its new product launches. The iPhone 4 was paired with a Retina display and also offered face time video chat options without increasing the price tag of its 16GB and 32GB variants. The iPhone OS has been renamed with the upgrade, and the device ran on the iPhone operating system 4.

This is the same year that new CEO Tim Cook replaced Steve Jobs because of his illness. New CE) came with new energy and started making efforts in the advancement of new equipment. Thus, the iPhone 4S series was announced with dual-core processors in three storage models – 16GB, 32GB and new 64GB.

In 2012, technology was getting advanced and thus, Apple needed to make some nice changes to the design and features of its next iPhone. Tim Cook announced a faster and slimmer iPhone with a 4-inch screen in September 2012, without any change in the price tag of the 16 GB, 32 GB and 64 GB models. This phone soon became the biggest hit due to its advanced features and built-in sleekness.

The year 2013 brought new colors with two new devices – iPhone 5C and iPhone 5S. The former was introduced to give an opportunity to experience a classic smartphone, which are on a budget. While the iPhone 5S was available with a fast 64-bit A7 processor and a Touch ID. A motion data processor was also introduced this year in the iPhone 5C to access health and fitness apps.

iPhone 6 and iPhone 6 Plus Series:

In 2014, the tech giant maintained its newly launched style by re-introducing two devices in a single year. The iPhone 6 and 6 Plus were unwritten, which changed people’s attitudes to Apple. This year revolutionary upgrades were made in design, features and functionalities. The iPhone 6 and 6 Plus were launched with 4.7-inch and 5.5-inch screens. Curved edges, A8 processors, iPhone operating system 8, NFC, Apple Pay, upgrade cameras, face time cameras, and many other staggering features were given by tech jugglers this year to force the world.

These two devices have proved that Apple will not surprise the world with its revolutionary upgrades. A new force touch technology called 3D Touch entered these two devices with an improved camera module, faster A9 chip, and a new color.

iPhone 7 and iPhone 7 Plus:

Miracles will never happen! 2016 closed the socks on the new iPhone 7 and iPhone 7 Plus with upgraded cameras, faster processors, better battery life, and a lethal throwback (eliminating the headphone jack). The home button has changed, with the quad-core A10 Fusion chip smashing the floor with its fastest performance results, new colors, a monstrous storage version, dual cameras, and many other advanced and cutting-edge features integrated into both New tools.