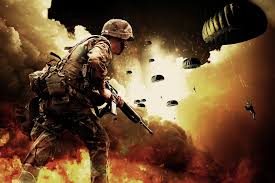 PUBG Mobile is one of the most addictive mobile games which is played by people of all ages. Most people have smartphones which are capable of running this fantastic game. Apart from these smartphones, Jio phones got immensely popular among the Indians and today more than five crore people in India own a Jio phone.

Subsequently, people have searched for numerous ways on the internet to install PUBG Mobile on their Jio phones. Most of these websites and videos claim that their method to install the game on the aforementioned handset would bear fruit. However, the truth remains that PUBG Mobile cannot be installed on Jio phones by any means.

The reasons for the same are elucidated below.

PUBG Mobile is an application available for Android and iOS devices only. Jio phone runs on KaiOS which is not a compatible platform for PUBG Mobile. KaiOS can run Facebook, Whatsapp, YouTube etc, but not PUBG Mobile.
PUBG Mobile requires at least 2GB RAM along with 2GB free storage in a device to get installed. Jio phone, meanwhile, only has 512MB RAM which is not sufficient to run the game. Even the lighter version of PUBG Mobile, i.e. PUBG Mobile Lite cannot be played on a device with 512MB RAM.
PUBG Mobile requires a touch screen smartphone owing to the type of controls and movements it has. Jio Phone has a QWERTY keypad which makes it impossible to even login into the game.
Thus, it is suggested that the users buy a smartphone to play PUBG Mobile instead of wasting their time to trying to figure out fake ways of installing the game on their Jio phones.