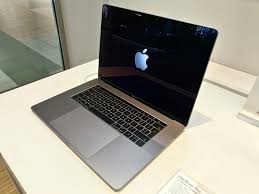 (1). A new leak seemingly confirms the specs of the processor of the 2020 13-inch MacBook Pro

(2). The release details of the upcoming premium laptop were also leaked online

There has been a lot of leaks surrounding the 13-inch MacBook Pro over the past week. A few days earlier, a leak revealed that the upcoming premium laptop from Apple might feature a keyboard with True Tone technology. Surprisingly, a recent slipup on the part of Apple and a new leak might have given away the massive upgrade coming to the 13-inch MacBook Pro along with its release details.2020 13-Inch MacBook Pro Massive Upgrade

The latest leak comes from Rogame, who shared the details on Twitter. According to the leaker, Apple’s own code underlined its plans to equip the upcoming laptop with a chipset from Intel. The latest MacOS beta build, particularly the MacOS 10.15.5 Beta 1, reportedly contains several references to the said hardware.

The most recent version of the premium Apple laptop still runs on Intel Coffee Lake architecture. It still houses the troublesome Butterfly keyboard. Moreover, the 13-inch MacBook Pro still lags behind other MacBook models. With the advanced technology on other models, its high time that Apple would have this rumored processor upgrade for the upcoming laptop model.2020 13-inch MacBook Pro Release Window

Prosser also revealed in his tweet that the pre-production model number of the 2020 13-inch MacBook Pro is J223. The details about the display of the upcoming MacBook model line up with the design changes Apple made with the 15-inch MacBook Pro last year. However, the Cupertino tech giant reduced the size of the bezels to provide a 16-inch display size.